is someone who is known to speak her mind out. She is also often seen taking a dig at various

celebrities on social media and her recent

. Taking to her twitter handle, Rangoli announced that her husband and she are soon adopting a baby girl. She also added that it is her sister

who inspired them to do so and has also named the baby girl.

Taking a dig at celebrities who are increasingly opting for

, she added that she wants to encourage people to adopt and not go for surrogacy.

Check out her posts here:

I have a baby I want another one my husband and I decided to adopt, I want to encourage couples to adopt than to go… https://t.co/SOQlgWMFCR

My sister has inspired us to do this, Ajay and I have done all the formalities hopefully in few months our baby gir… https://t.co/Fb1BSXpq4w

Shilpa Shetty Kundra surprised one and all after she announced the arrival of her second child, a baby girl born through surrogacy. She took to her Instagram handle to share the happy news with her fans. Born on February 15, the angel has been named 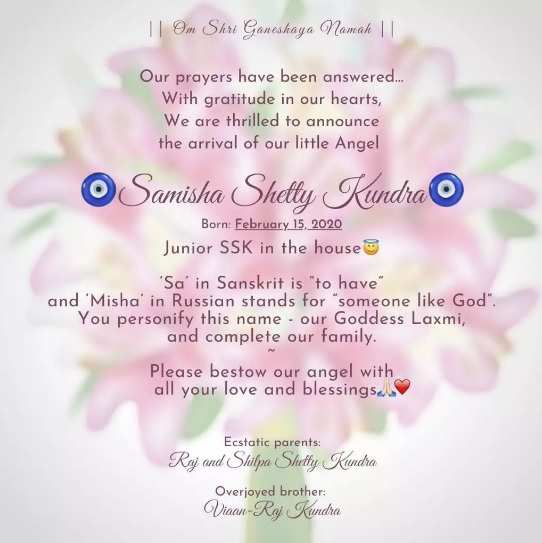 Bollywood actors who have had children through surrogacy include, Karan Johar, Tusshar Kapoor, Sunny Leone, Shah Rukh Khan Aamir Khan and others.